There is so much to love about Jessamine County!

Early settlers were attracted to the four natural springs that flowed from the ground. They settled this land to make their home surrounded by the natural beauty of the Kentucky River Palisades region. Fertile ground to raise a family, plant a row in the fields of bluegrass, and invest in a caring community. Those reasons still ring true today as we build upon our history and grow into the opportunities we create here.

Come for the abundant natural beauty of the Palisades and horse farms, the friendly small-town atmosphere, the fun of community activities, the part we play in Kentucky’s deep history, and the lively local arts and music scene. Jessamine County has a strong economy with diverse entrepreneurial opportunities—and we have all the reasons you need to make your stay a little longer.

During the impressionable era of a young nation, Frederick Zimmerman surveyed what was to become Jessamine County, Kentucky, in October 1796. Nicholasville was a natural center of activity and commerce. The town was built not only around four natural springs that flowed from the ground but also its proximity to the Kentucky River made the town a crossroads of trek and transport.

By 1798, local Reverend John Metcalf laid out plans for a town named Nicholasville, honoring Revolutionary War Colonel George Nicholas. Nicholas was Kentucky’s first Attorney General and also helped frame the state’s constitution. Families began to settle and made Nicholasville a permanent home. The first city charter passed in 1812, and the “Regulation of the Town of Nicholasville” was decreed in 1823.

Since the town’s incorporation, Nicholasville can claim an integral part of Kentucky history. From the early enterprising entrepreneurs who produced the first bottle of Kentucky wine to the pivotal role Camp Nelson played in freeing thousands of enslaved African-Americans, Nicholasville continues to play its part in shaping the life and times of the Commonwealth.

Settlers began to call Wilmore home as early as 1779. From the earliest settlements, its natural beauty was documented in diaries and journals of the day. By 1876, a little over a hundred years later, it was given the designation as a flag stop by the Cincinnati Southern Railroad, while the building of the High Bridge railroad trestle reached completion. The train stop was named after a local landowner and called Scotts Station. After a dispute between said landowner and the railroad company, its name was then changed to Wilmore in honor of another landowner. By 1882, Wilmore’s first general store was open for operation, followed by several other businesses and churches.

High Bridge, a marvel of engineering in its day and the tallest bridge in North America, soared 275 feet over the Kentucky River. The bridge provided not only an efficient way of travel and transport but also a point of interest for early tourism in the county. People came from far and wide to marvel at the sight from the clifftop overlook towering over the river gorge.

Visit modern-day Wilmore where you can appreciate turn-of-the-century architecture, enjoy the natural beauty of the surrounding landscape, and savor small-town life. 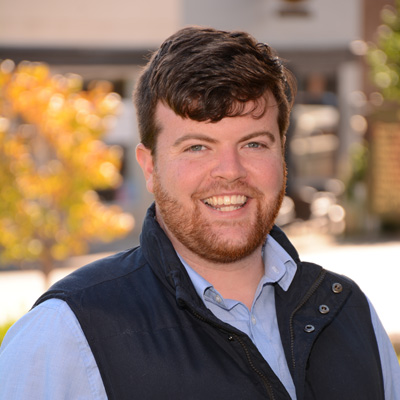 The Nicholasville Tourism Commission meets the third Thursday of each month at 11:00 a.m. at City National Bank, second floor.

VisitJessamine is a public service organization authorized by the Kentucky Revised Statutes (KRS 91A.350) and established in 2017 by the efforts of the cities of Nicholasville, Wilmore & Jessamine County Government bodies. VisitJessamine’s adopted budgets, financial statements and audit reports can be viewed on the Department of Local Government’s website: http://kydlgweb.ky.gov/entities/16_SpgeView.cfm?Dist_ID=8544