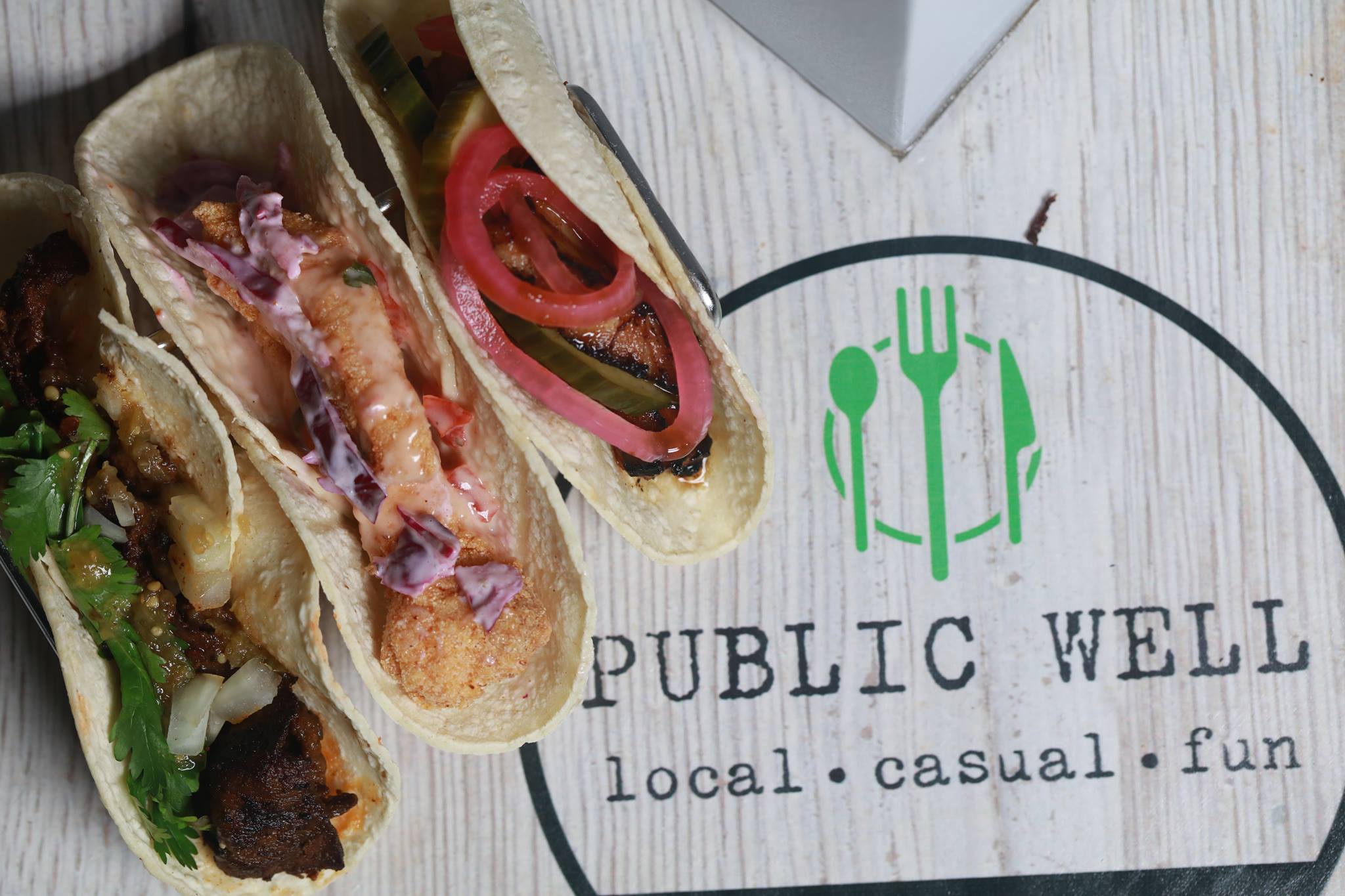 Nicholasville, Kentucky is happy to introduce a new, unique dining option in the downtown area.  Public Well is the family-friendly taco establishment of local restauranteur Charlie Hensley, who is committed to bringing fun, quality, and unique eateries to Jessamine County. Hensley founded the sister restaurant, Euro Wine & Tapas Bar around the corner on Main Street in 2008 and has been earning loyal customers with his delicious food and drink creations ever since. A commitment to quality, service and a relaxing atmosphere are all hallmarks of the business.

You may be wondering how Hensley decided on the name. The public well was just that: a well.  Located on the corner of Main and Maincross streets in Nicholasville, it was one of the most remarkable wells in the history of Kentucky. The public well is 180 feet deep and was bored by John W. Charlotter, who was, in fact, blind. The well was established in 1846, and, after blasting down to the unusual depth of 180 feet, a stream of water was struck. It gushed up 10 feet high and from that time to now has managed to furnish all who demand of it.

Twice during the Civil War and in dry seasons it fully had its capacity tested of becoming dry. The Ninth Army Corps, commanded by General Burnside, encamped for three weeks around the town and the entire division used the water from this well during their stay. Several thousand members of General Bragg‘s army also encamped near Nicholasville and used water from the well in September 1862, and even these were unable to reduce the strength and power of its flow. No drought or call upon its resources has ever lessened its flow, and after more than half a century of usefulness, it remains the pride and comfort of the citizens of the town.

The menu at Public Well offers an array of street tacos, bowls, starters and drinks.  Not to mention a Sunday brunch menu complete with Bloody Mary and Mimosa options.  Enjoy any of the delicious menu options in a relaxing yet trendy atmosphere.  The Public Well is opened Wednesday through Saturday from 4pm to midnight and Sunday Brunch is 11am to 3pm.  For more information please visit www.publicwellky.com.